I led the UX/UI, Branding, and managed the technical development of two web applications: 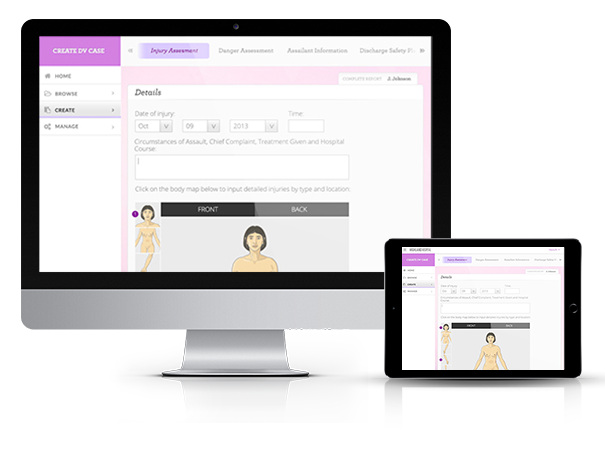 The challenge here was taking what was traditionally recorded on non-standardized paper forms, and creating online platforms to be used in hospital and clinic settings.

For the examiners who sit with patients undertaking medical examinations of something so traumatic, we needed to develop a user interface that was not only very easy to use for non-technical people, but also something that visually was appealing and soothing.

The UX/UI was designed from a ‘tablet first’ perspective. We knew users would be on laptops also, but the goal was for examiners to sit bedside while working with the patients so the application is optimized for both views.

This was also a dramatic departure from pen and paper, so maintaining some consistencies from the legacy paper form was important for the examiners, while balancing the efficiencies that are afforded via the electronic version. 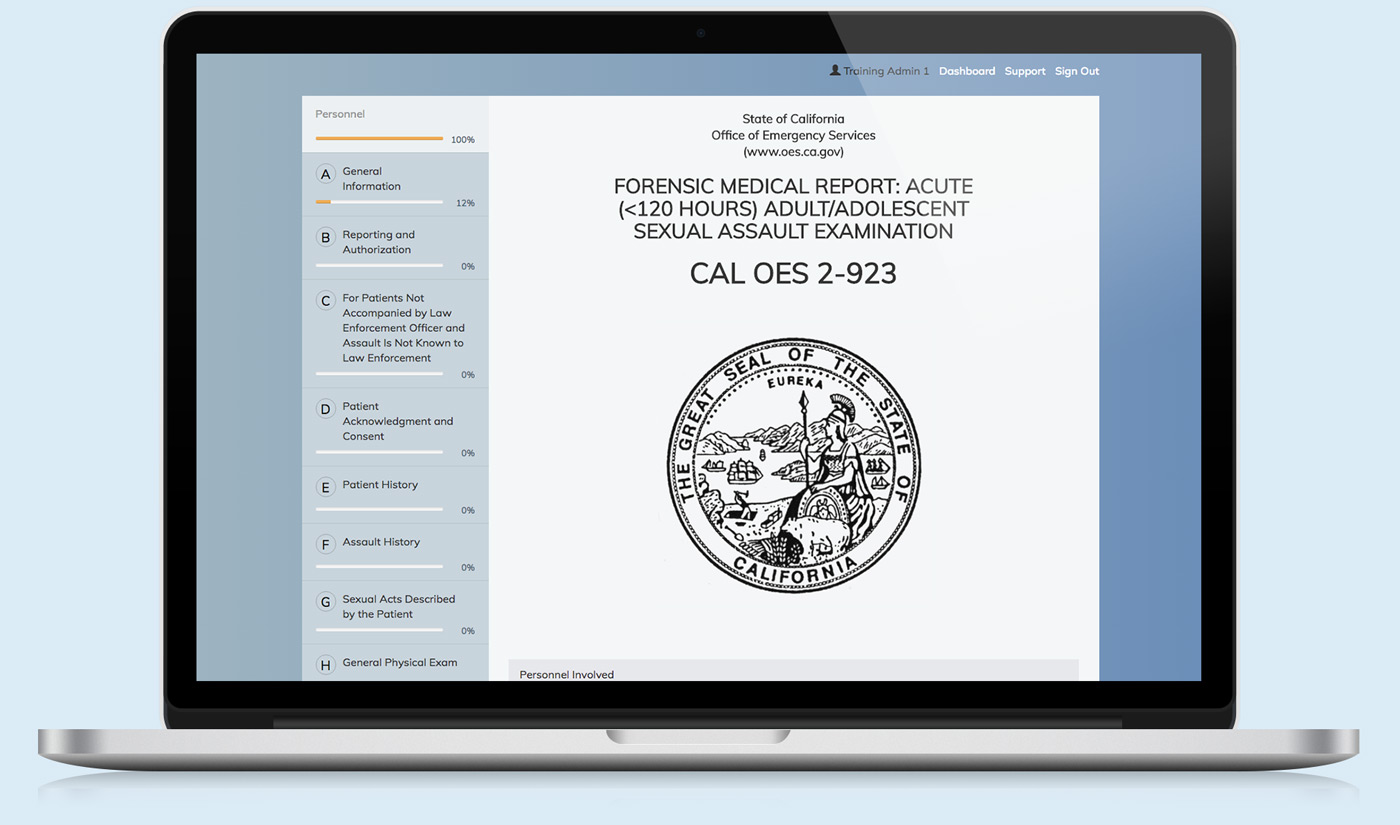 The functionality below, to add multiple findings to body images is a layered experience allowing users to tap body locations, and then indicate the injuries and all their attributes in just a few simple tabs/clicks. 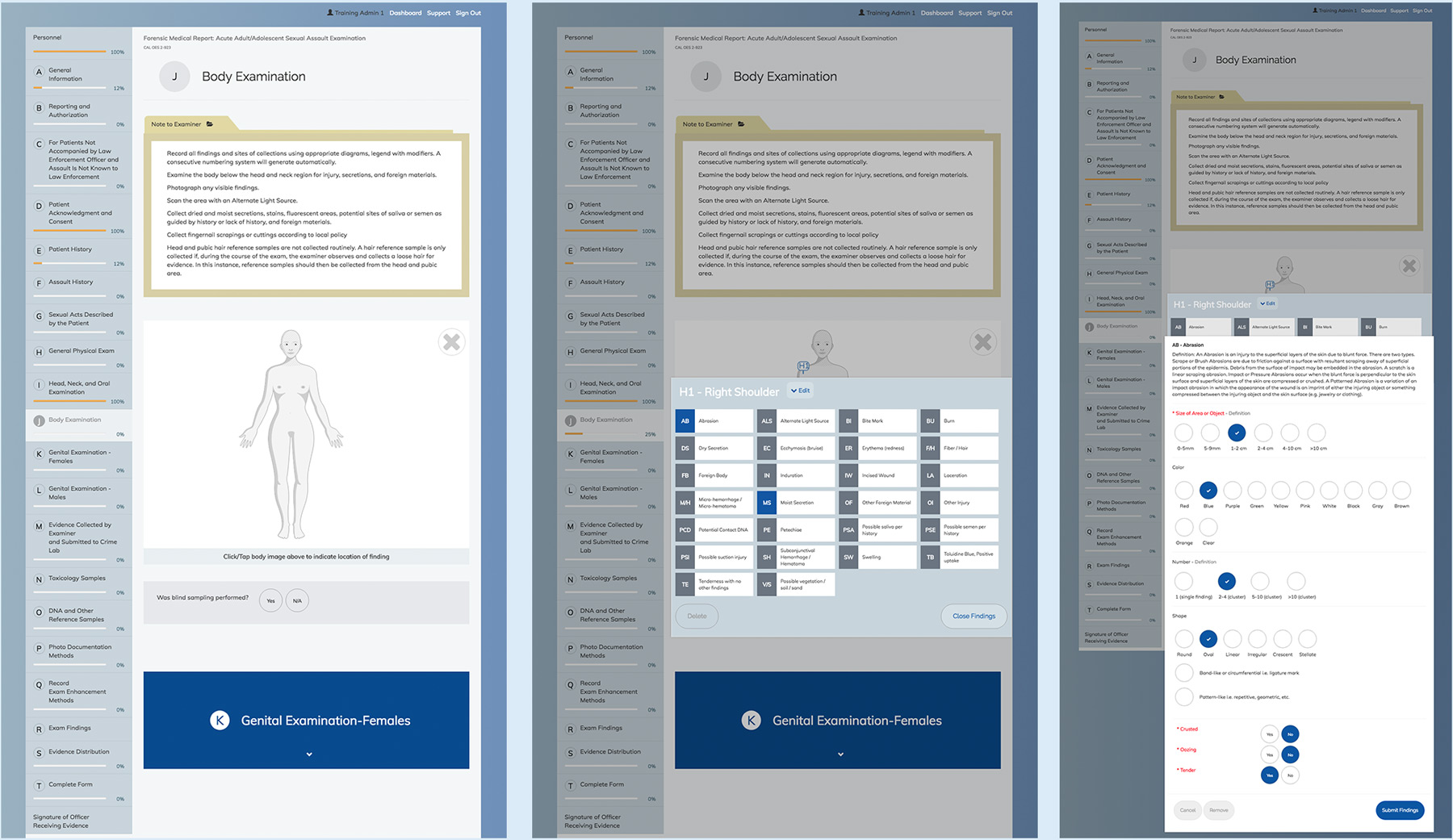 Ideally no one would need to use this platform that we built, but that’s not today’s world as is very apparent if you watch the news. I literally get system notifications all day long which indicates that the tools are being used successfully, which is a good thing. But by the same token these are reminders that people are hurt and abused daily. So while this project, like any, had it’s unique challenges. The reward is that it’s helping victims, examiners, advocates, police officers, district attorneys, and all the other people who commit their lives and careers to helping those in need. 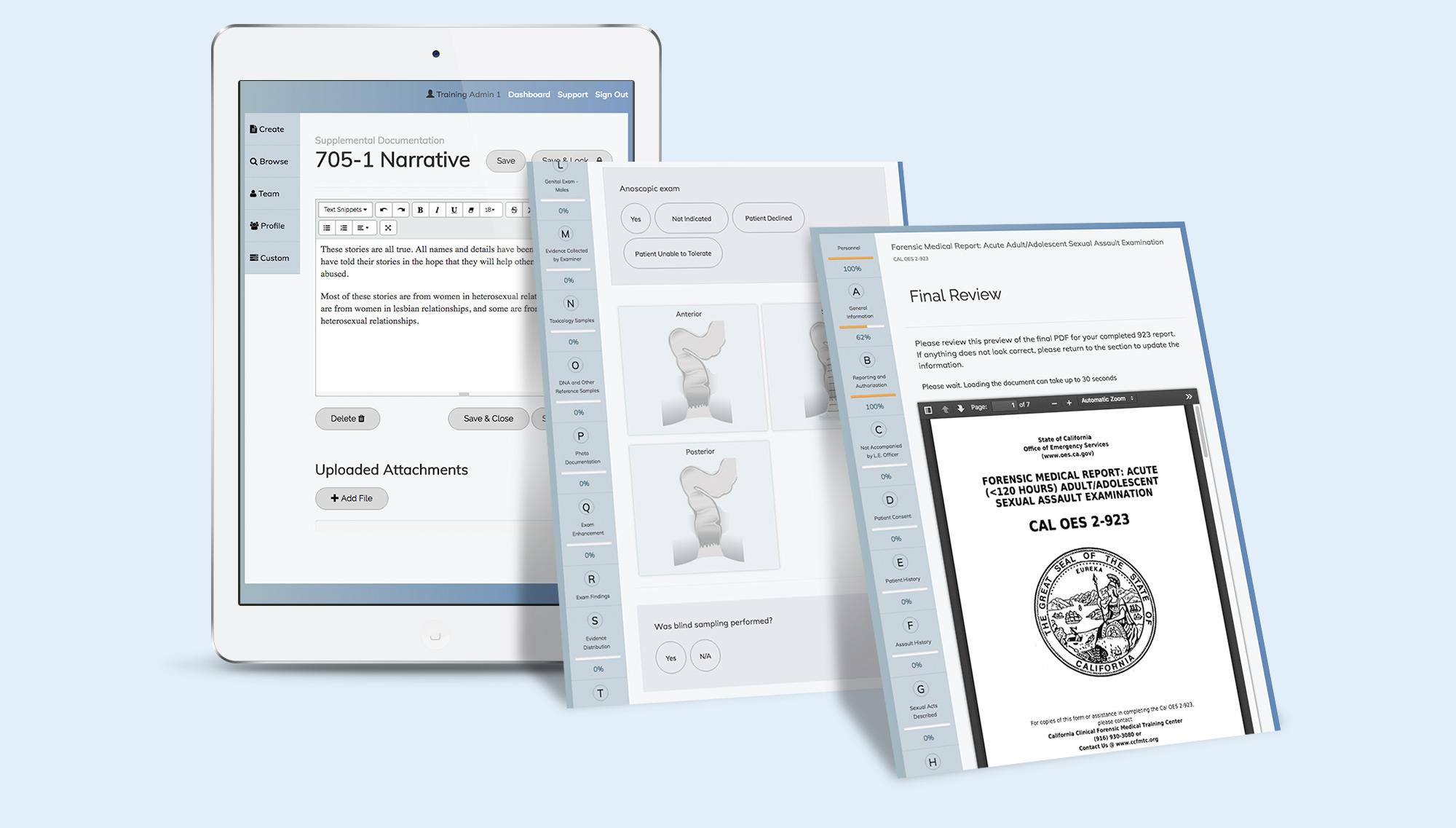 Since the launch of these projects the Family Justice Center in Alameda county has seen a 50% increase in the number of victims getting help to remove themselves and their families from these abusive situations. Prosecutions related to these crimes have increased, and healthcare workers report up to a 40% increased efficency in completing their reports.

I’m extremely proud to be playing a part in this, using design and technology to help the far too widespread an issue of interpersonal violence and assault. 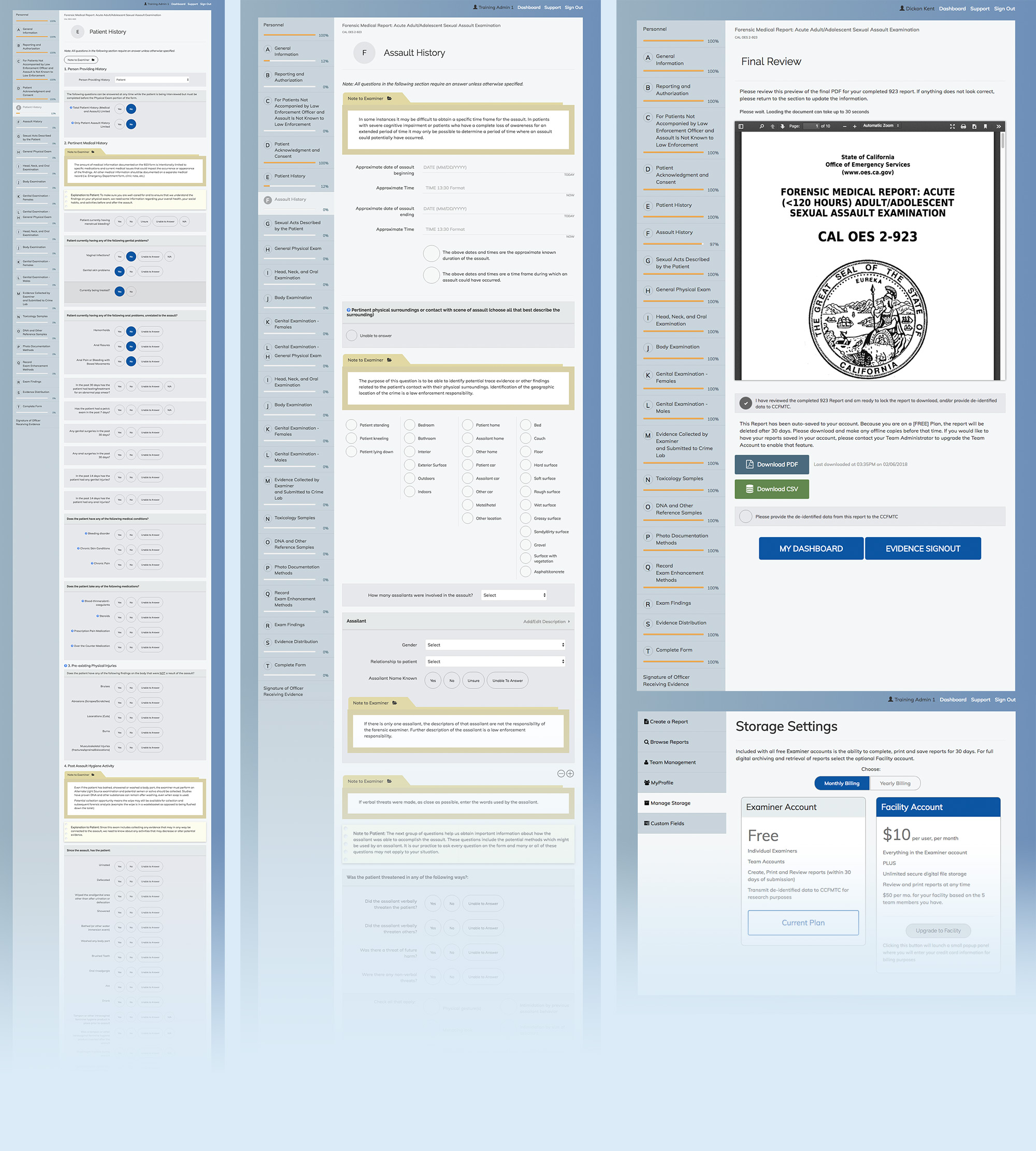 In addition to designing the MedReportGuard web applications, I also developed the companies’ visual identity with my design team. 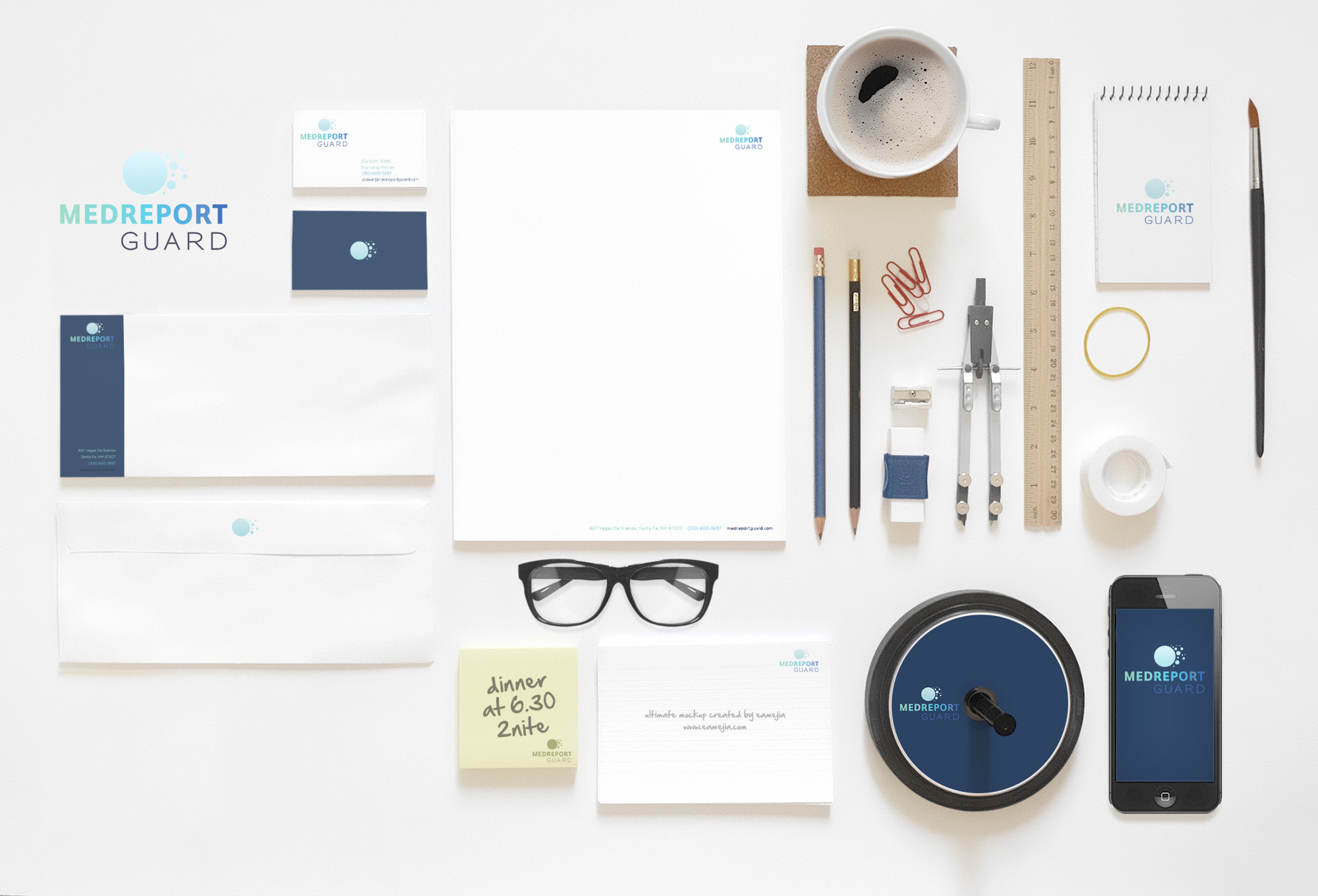